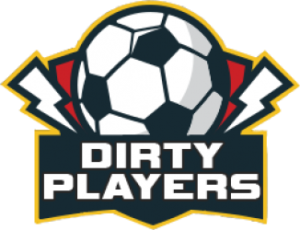 Roy Keane, born on 10th August 1971, is an Irish retired midfielder. He is currently the assistant manager at Nottingham Forest under manager Martin O'Neil. Based on trophies, Keane is the joint most successful Irish footballer of all time, picking up 19 major trophies, most of which were achieved whilst playing for Manchester United where he spent over 10 years of his career.

Roy Keane started his senior career at Irish First Division club Cobh Ramblers FC where he made 23 appearances before transferring to Nottingham Forest in 1990. After 3 seasons and 114 games at Forest and picking up 22 goals in that time, Keane caught the attention of Sir Alex Ferguson at Manchester United where he transferred to in 1993 and remained until 2005. Keane made 326 appearances for Manchester United and was a key player in the clubs success over the years.

Following Keanes 10 years at United, he finished his playing career with a brief spell at Celtic. Making 10 appearances and scoring 1 goal, Keane announced his retirement on 12th June 2006 based on medical advice. Celtic won the Scottish Premier League and the Scottish League Cup that season with Keane which would be his last honor as a football player.

Roy Keane has had too many dirty moments to record on this page and has picked up the joint second most red cards of any Premier League player during their career. Below are a few of Keanes dirtiest moments.

Manchester United were playing Crystal Palace in the 1995 FA Cup Semi Final replay when Southgate lunged in with a poor takle on the United midfielder. Keane was uninjured but clearly outraged by the tackle as he proceeded to stamp on the now England manager whilst he was on the ground.

2. Throwing a punch at Alan Shearer

Keane and Shearer rarely saw eye to eye and when they met, they were often found teasing each other hoping for a reaction. In 2011, Manchester United were struggling against Newcastle and Keanes frustrations got the better of him which resulted in a red card for the midfielder.

Shearer ran the ball out of play and Keane followed up by unprovokingly throwing the ball off Shearers head. The two squared up which resulted in Keane throwing a punch at the Newcastle forward ad not surprisingly, receiving a red card for his actions.

One of the Premier Leagues infamous moments and an example of Roy Keanes temperament.  In 2001, the same year as the Shearer incident, Keane performed a high-tackle on Manchester City’s Alf-Inge Haaland, resulting in the end of his career.